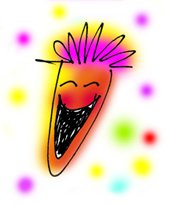 In the 1400s, a law was set forth in England that a man was allowed to beat his wife with a stick no thicker than his thumb. Hence we have ‘the rule of thumb.’

I hear people complain about how hard they’re having it in ‘these times.’ Think about this….

If you were a peasant in the 1500s, you could be thrown out of your domicile (straw-roofed hut, dirt floors, smokey…) with no recourse and nowhere to go. Your few crops were owned by the lord and you only got a small share – and had to make taxes, besides.

If you lived during WWII, you had to use gas, food and water rations and were in constant fear of your spouse coming home in a box, or worse, mangled for life.

If you lived in the … well, what will people write about us in the early 2000s?

The real truth is that no matter what era you live in, there is always something ‘bad’ about it. Even now the possibility of someone in your family coming home in a box is still very real.

You can complain your brains out, but does it help? I think you know the answer to that!

So what DO you do if you are dissatisfied with how things are, but don’t want to be a down-and-dirty whiner-moaner?

I only work with a few exclusive people, using some very dynamic principles. Most of them have doubled or even tripled their incomes since March – not to mention their added clarity, courage and confidence. I want that for you.

Last week, I took a friend through the same ideas who had been plagued with procrastination since forever. She called me a few days later, and I had never heard her so focused and ready for real action. I want that for you, too.

THIS IS IMPORTANT: I invite you to Take Flight with Your Inner Dynamo here: http://bit.ly/inner-dynamo

It’s the most powerful audio we’ve done EVER in my Round Table Prosperity Group, who graciously agreed to allow me to share our audacious work on it. This is no namby-pamby work – if you’re tired of the old hum-drum and you’re daring and really ready to take flight, it’s for you. http://bit.ly/inner-dynamo