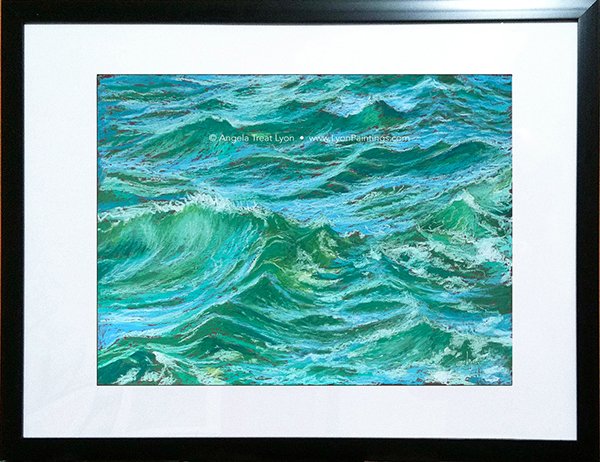 When I was a kid, I spent my summers sailing and swimming. On weekends, we’d race our boats in little weekend regattas. Either I’d crew for one of my family, or one of them would crew for me.

One weekend when I was 13, my older brother Tom was supposed to crew for me. We got the boat ready, stashed our stuff under the deck, and made sure all the lines were free of tangles.

Tom stepped out of the boat onto the pier, and pushed the boat to the end of the slip – and let go! And stood there waving and smiling … as I nearly had a heart attack, thinking OMG what’s he doing? He yells at me that it’s time for me to solo, get going!

But there was just enough of a breeze behind me that, before I could pull over to the end of the pier to grab on so I could get him to get back in the boat, I was halfway out of the slip area. Guess you’re doing a solo, sucker!

Somehow, I got through the race OK. I know I could barely focus during the race I was still so jarred. I probably came in dead last.

As I sailed back to the slips, the wind picked up. And picked up some more. And more … until I was hard put to keep from capsizing. I was sitting with my butt all the way over the rail, my sail trimmed in just enough to pick up the wind but let out just enough so it was luffing a little to slow it down.

I got past the starting line area OK, and headed through the fleet of the Atlantics (31′) and Lightnings (18′) – bigger boats moored out in the harbor – to get back to the protected slips.

As I was maybe 30 yards from the edge of the fleet, suddenly the wind picked up sharply, and I found myself hanging on for dear life, stretched out as far as I could get my butt over the rail, zooming into one of the Atlantics in a direct broadside.

I tried heading to the left of the bigger boat, but knew I’d crash before I could make it by. It was too late to go around the other side.

I could see clearly in my mind: my bow puncturing a gaping hole in the fiberglass hull in front of me, rigging bursting apart, splinters of decking and sharp fragments of fiberglass everywhere, sail shredded and entangled in twisted rigging, my body slammed and plummeted overboard….

I threw my hands up over my face in despair, feeling utterly helpless to avoid this apocalyptic disaster …

And the boat just stopped. Dead in the water. Sails luffing, hull bobbing up and down as if saying to me, ‘I’m ready for a fun picnic, can we go now, please?’

I just sat there and exploded into torrents of tears. I had known – KNOWN – I was finished. I’d never be allowed to sail our boat again – what was left of it, anyway. No one would ever want me on board as crew or skipper ever again, I’d be thrown out of the sailing circles, I’d owe ninety gazilion dollars to the Atlantic owner…

And yet, I was OK.
The Atlantic was OK.
My boat was OK.

I sobbed deeply for a few minutes, until I saw the sailing launch coming out to me – it was my buddy Ralph, the boss of the slips and the fleet. Frowning, worried. I rubbed my eyes dry. Who wanted to be a crybaby in front of the sailing boss? Not I!

By then, I had drifted past the Atlantic. I had free water for a bit until the next one, so I pulled the sail in and caught enough air in it to gain headway, waved to Ralph signalling that ‘I’m OK!’ and scooted to the slips.

i was told later that everyone on the beach was riveted by my wee drama. They had dashed to the water’s edge to see what would happen. I was so emotionally wrought that I hadn’t heard their shouts and cheers as my boat stopped dead in the water. My heartbeat was too loud to hear a thing!

As I coiled and tucked all the lines in place, put the sail away and doused the boat clean with buckets of water, I remembered my earlier training – let go of the sail and the boat stops.

No taut sail = no wind fill = no movement.

How could I have forgotten such a basic thing? I was so grateful that my body remembered!

That’s what memory came up as I did this pastel exercise of choppy water. May I never experience such terror ever again!