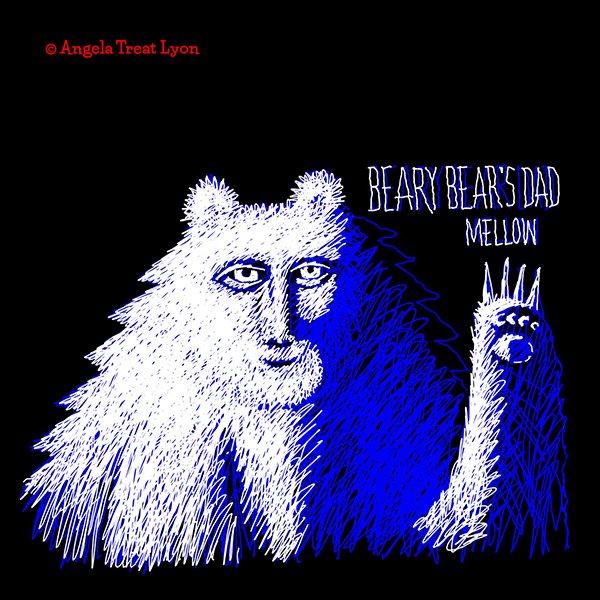 Burt is the kind of dad everyone should have. Holds little babies as if they were the gods’ own treasures; plays with the toddlers; treats little girls to merry-go-rounds and lots of colorfully illustrated books and art supplies; little boys to Tonka trucks, small-hand size tools and paints, encyclopedias, roller skates and skis; and young men and women as if they were better than royalty.

I had Burt when I was a little kid. Everyone else thought he was Pooh, but I didn’t like that it sounded like he was being pooh-poohed, so I secretly called him Burt. We snuck ginger snaps from the cupboard together.

When I had the run-in with the dentist, Burt became my very, very, very best friend. He held me tight as I laid there splayed on my bed, unmoving, staring at a blurred ceiling, numb, unbelieving, wishing for someone who could tell me who I really was and that I might be lovable and that I’d never be betrayed by any person or my own body ever again.

Alas, Burt didn’t come to boarding school with me. Yes, I went to boarding school. There’s a lot of hooha about how awful it is to send your kid away, and overall I’d agree, especially if the kid is younger than 13.

But I loved being away, even without Burt. I got to start anew.

I got to be someone other than That Horrible Dentist’s Victim I saw reflected in my mother’s eyes. Remember, she and I decided never to tell anyone. It was a gruesome bond between us, but it stuck, and I’m glad. It was great to be away.

I got to be someone other than the Awful Disobeying Daughter to my dad and the Utterly Tease-able Little Sister to my brothers.

I got to laugh and tell awful teenager jokes and be silly-funny even when I was desperately hurting inside.

I got to be The Artist in a group of non-artists. Well, until I roomed with Holly, who was worlds beyond me. Still, it was fun to be Known for Something other than my fragile emotional or physical state.

Isn’t it funny that, looking back on the whole ordeal that dentist put me through, Beary Bear’s dad, Burt, is the first ‘person’ who comes to mind.

He was so chock full of love, genuine caring, and steadfast patience when I had no words to describe the terror of contemplating a future populated with lying, violating men it it.

He held me even when I laid there wondering how could I tell if anyone was telling the truth. I still can’t tell, sometimes.

It was so precious to be held (sort of), loved, consoled, encouraged by such a sweet, non-judgmental being. Yes, I made him up, and isn’t it amazing that, having been so violated, I even could make it up?!?

Why did my dad and brothers have to do a smug, mocking hush-hush, baby’s upset, tease her to try and find out what it’s about campaign, relentlessly trying, even when I said I’d never tell a soul.

And I didn’t, until just now.

As if it was anyone’s business but mine.

I’m telling now because it is Time to tell one of my own stories, personal evidence of crimes committed upon women, revealing just one person’s experience of the horror women face, bringing it to the light, to the forefront of consciousness.

It’s about damn Time to rip apart the calm, accepted, complacency we have towards the actions of men who perpetrate violation of space and being, to put an end to their arrogant disrespect and disregard.

It’s Time to stop people from treating anyone, male or female, as if they are lower than dogs or rats.

Yes, Angela can keep secrets until eternity if she has to. And will. There are more to expose, but not right now.

I bless my dear, dear Burt – he kept me from absolutely losing it to the spiraling-down, giddy despair of destructive emotional turmoil.

If only all the others who experience such pain had Burt to hold them, too.