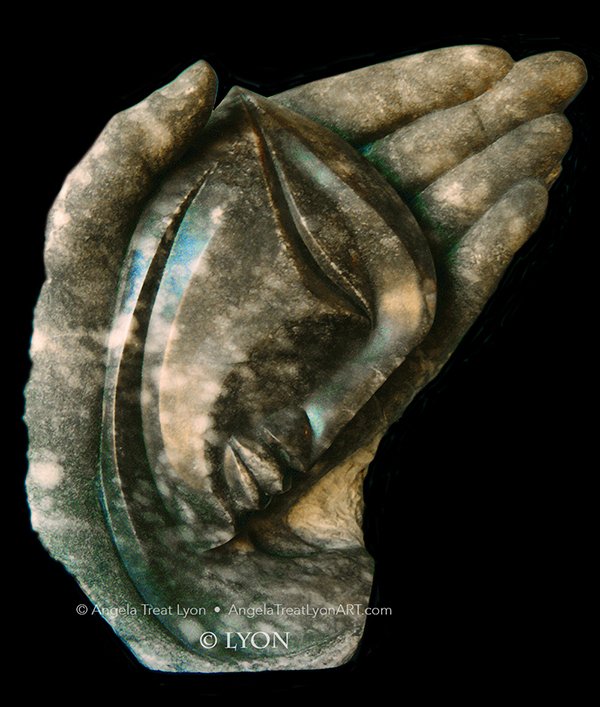 I posted on Facebook a couple days ago that I hadn’t been feeling well. No worries – not The Big V Thing! I got triple-whammied by other completely stupid stuff!

First, I must have eaten something off, because I started feeling weak and nauseated.

I was about to go to bed and let it wear off when my neighbor, “Keil”, came over with his little dog, Demon. Yep, his real name, because – he is.

Demon loves fetch, so we were playing a little bit on the front steps. Because I wasn’t feeling my toppest-best, I lost focus for second. That’s when Demon grabbed my fingers in a vice-like-grip that I thought would tear them off.

Luckily, I know how to disengage little jaws like his with those sharp little teeth! I got him off me, and thankfully no blood, but sharp pain and deep bruising coming on fast.

I told Keil bye-bye, I have to fix this, and went inside. After giving my hands a thorough super-duper washing and all, got horizontal the way I’d intended to do in the first place.

You’ve heard of me talking about EFT/tapping, the Emotional Freedom Techniques before, maybe.

Well, this is where tapping really came in – I laid there and tapped myself silly. The results being that the swelling and bruising that had appeared and tried to get worse just went away. 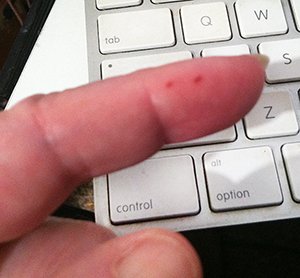 I have 2 eeny-weeny little red spots on one finger now as the only evidence of what could have been a major week-long bummer of pain and swelling. It only took 20 minutes -max- of tapping.

You can bet I’m grateful I know that technique – and how to get Demon’s jaws unlocked!

There was a bit of trauma around being chewed on like that. I’m so glad it wasn’t my dominant hand! I addressed that with the tapping, too. Although the nervousness is mostly gone, I still don’t like being around the dog. He’s too flighty. I’m surprised he’s even allowed in this apartment complex, where there are little kids.

The third whammy was late at night – maybe 2 or 3 pm. I heard rapping on my door. Not all together in my head, and accustomed to feeling safe here, I put on some coverings and opened the door, figuring it was my friend from down the block needing help or something.

Nope. A 20-something man stoned out of his gourd was standing there. He muttered something like ‘you look weird, why are you smiling, I can’t talk…’ that I could barely hear, and I was still sleepy so I didn’t really get the danger I could be in.

Finally, I had to threaten him – I wanted him to go away – first I told him I’d call the police, and then I grabbed my cane that looks like a shotgun (it was dark, so he couldn’t see if it was a real gun or not. But as I moved my arm in a way that looked like I was going to use it, I did that schlock-schlock sound that a shotgun would have made – should have seen his eyes!). Quiet me even yelled at him to get away!

After he left, I did call the police – who needs that kind of invasion, right?

I double-checked the locks when I went back to bed, even closing all the windows – I usually leave some of them cracked for fresh air – not that night!

The next day – the day I posted on FB – I was still reeling a bit and gave myself a couple days to recover and regroup.

I’m really OK – just amazed that I got hit with not one, or two, but three whammies that could have been SO much worse.

I’m grateful for my friend down the block offering to come stay with me so I could feel safe – that was sweet of him. And for the little things in life that I have learned that make surviving stupid stuff a lot easier.