I invite you to notice that she says ‘for’ rather than against – we used to say, ‘we protest against ___.’ But we were – and still are, metaphorically – actually marching for issues to be addressed and resolved.

This was a march FOR rights and people and freedom. There was not rioting and there were no arrests. 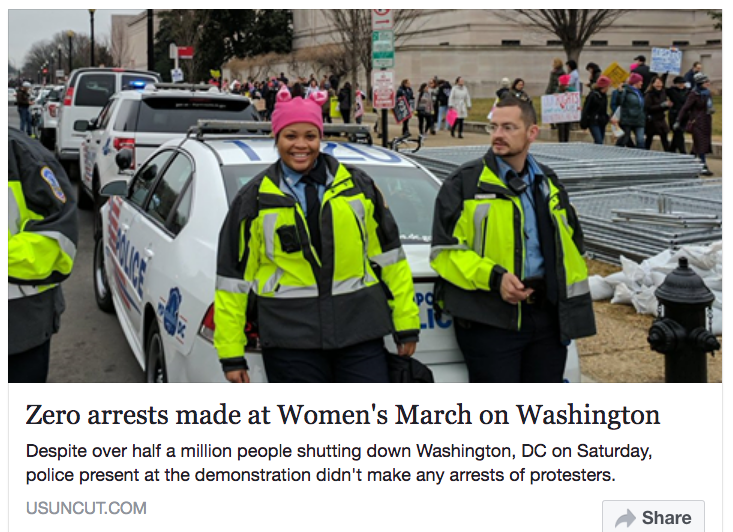 So here’s Lyn’s comment, as she posted it on FB:

What are you marching for?

“Saturday [January 22, the day of the march] was one of my prouder moments as an American. This introvert braved a crowd of over 10,000 in Helena, MT to walk in solidarity with an estimated 4 million women, men and children across the world.

Among the likes, loves and positive words from friends, there was one question that required an answer more substantial than a simple few sentences framed in a “reply” (the same question asked by others who are overtly critical of the march): “What are you marching for?”.

Despite the negative intent, it is a good question.

What am I, a white American who is pretty happy with her life and work, marching for? My answer, in no particular order…we marched for:

•  for all the bullied children who cry themselves to sleep…or, worse, think suicide is the only way out.
•  for the protection of our public lands, wild places and wildlife.
•  for science over opinion.
•  for LGBTQ Americans and my many friends among them, who now may fear losing basic human rights that were too long coming.
•  for everyone who has spent their life paying into Social Security…only to face the possibility of it being taken away along with medicare.
•  for the Native Americans currently risking their lives to protect our water.
•  for our veterans to receive the benefits and care they deserve.
•  for clean water, fresh air and a healthy planet.
•  for immigrant Americans, who have helped make this country great and continue to do so.
•  for the right of ALL people to have their own viewpoint…even when I do not understand or agree.
•  for the ongoing battle against discrimination.
•  for continuing our support of the Paris Agreement .
•  for the victims of rape, women who not only have their life ruined by a violent act…but have to watch a judge give a minimal sentence to the attacker for fear of ruining the RAPIST’S life! What the..?!
•  for everyone who feels (or is made to feel) that they are marginalized or, in any way, “less” because of their race, gender, beliefs, body type or sexual preference
•  for those of us with pre-existing conditions, who were finally able to get healthcare thanks to the ACA and fear losing it.
•  for the overworked and underpaid educators who are helping shape our future through the children they teach.
•  for disabled Americans to have equal opportunities.
•  for honesty and transparency to be respected rather than fake news and “alternative facts”.
•  for the many law enforcement officers who do their job with honor and integrity (and for the victims of the comparatively few who don’t)
•  for Americans people of color who still have to contend with racism, discrimination and hate.
•  for the amazing diversity that is the strength and beauty of our United States.
•  for the women and minorities who do the same job as a white man for less pay.
•  for everyone who wants to find a job or fears losing theirs.
•  for the separation of church and state.
•  for freedom of speech and freedom of the press.
•  for the equality of both genders and all races.
and, most of all: for love…of my country, my planet and ALL who live here”