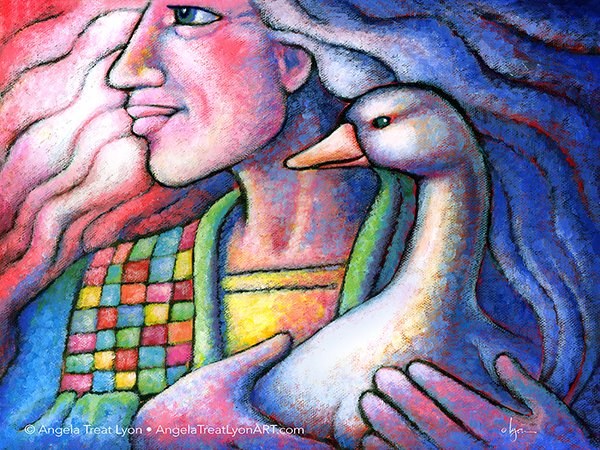 When my kids were little, they were friends with a pair of brothers whose mother was insanely over-protective. She used to drive me nuts.

I can still hear her shrill shriek, “Don’t climb that wall, you’ll fall off! If you go up that tree, I’m not going to take you to the hospital when you fall! You can just lie there in pain!” And on and on, with every new ‘dangerous’ thing they tried.

We never let her know that when they were at our house, I told them, “you can scale the walls and walk on top and climb up the big loquat tree, and if you want, we’ll take you down to the beach and show you how to boogey-board and surf, too!”

Those kids practically flew up those weeny little branches fast as weasels, grabbed baskets full of loquats and skittled back down faster than if they’d been greased. And they never fell. Not once. Not any of them.

You know when they fell?

On the gravel driveway. On the way to her car when she came to pick them up. “Don’t run! You’ll fall and skin your knees…” Of course they fell! She programmed them to fall!

When she went to hold them after they fell, I heard her say, “I will keep you safe, I will protect you!”

To me that’s a setup for a kid to feel betrayed down the line when the parents aren’t there to do the protecting or saving. She made victims of them in their own minds. What parent can keep their kids safe ‘always’? Not possible.

And OMG you should have heard her and seen her face when she discovered the older one had a surfboard that he hid at our place! He was grounded for a month! Which, of course, was when he learned how to climb out of the 2nd story window of their house….

So I vowed never to say stupid shit like that to my own kids. I told them, “Go play in the street if you’re dumb enough to, just don’t come crying to me about it after you get run over!”

They’d laugh and go out back to the trees and down to the beach to play. They weren’t dummies.

We WISH we could keep them safe. But we can’t.

We WISH they wouldn’t get hurt, or sick, or damaged, or broken, or upset, or any of the mean, nasty, unavoidable and painful things they go through as kids growing up.

But, as part of the process of learning about being on the planet in a vulnerable human vessel, with a sensitive heart and pliable mind, they learn by trying. Right? How will they learn if not by experience or observation?

I don’t believe in stunting kids. I believe in asking them, after they were hurt and were putting yet one more bandaid on their bloody cut, “What did you learn from that? What will you do next time?”

Kids are smart. They know what to do if you allow them the freedom and the space to think for themselves – holding their hands as long as they will allow it, and letting them go when it’s time to test a new pair of wings.

I WILL KEEP YOU SAFE ALWAYS
Acrylics on canvas – original sold.
Available: beautiful prints, yes.
Contact me if you want one.