EMBARRASSED to BE IN PICTURES

Last week I worked with “Sam,” who complained that any photograph or selfies he was in never looked “anything less than dorky.”

He said that ordinarily, it wasn’t a big deal, but he had an interview coming up and didn’t want to be crossing his eyes or sticking out his tongue at the magazine photographer.

“Kind of unprofessional,” he joked.

“How could I expect anyone to take me seriously when I’m making ugly faces?”

He’s right. The image you present to the world is the one the world knows you by, so why not make that image the way you want it to be?

As we worked together to get to the root of the problem, we discovered two important things he’d forgotten all about.

As a child, he’d hated sitting for family portraits, because he was the smallest, and the brothers who always seemed to choose to pose behind him poked him mercilessly, and then teased him for making the person with the camera have to reshoot several times.

After years of making faces, his mother finally decided that he’d be the one standing with the camera where no one could poke him!

The other root cause was a lot deeper. Those same brothers, his mother and his father all made fun of him because he was an artist. He was the first one in his family not to want to be in the construction business in some way shape or form.

“I didn’t want to be some huge gorilla muscling around all that heavy equipment. I wanted to sit around and draw.

MATCHING THE INNER to the OUTER

What’s funny is that he’s bigger and better built than all of them, is very happily married, and makes a very good living as a graphic designer!

But his inner picture didn’t match his outer form. So every time he sat for a picture or tried to take a selfie, those voices from the past came to the front of his mind and triggered him into making horrible faces in front of the camera.

“I just don’t want to be seen. I feel ugly, shy and like a fraud. Sometimes I wonder who the heck I think I am!” 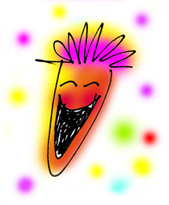 We tapped on all of that, plus his lack of self-confidence, his thinking that he was wimpy looking (not hardly!), and how, although he’s actually more successful, he still thought his brothers knew more than he did about the world and should take their advice.

Now he feels confident, strong and intelligent, and can finally sit – or stand – or pose – and have a good, professional shot made.

Remember I love you!

If you’re in business and need to zero down to the basics of what makes you tick in your effort to be the most efficient and productive, I highly recommend The One Thing, by Gary Keller. Heck, even if you’re not in biz, it’s a great read!

He’s blunt, funny, poignant and spot on. I think you’ll love it. To get it in print or Kindle CLICK HERE!