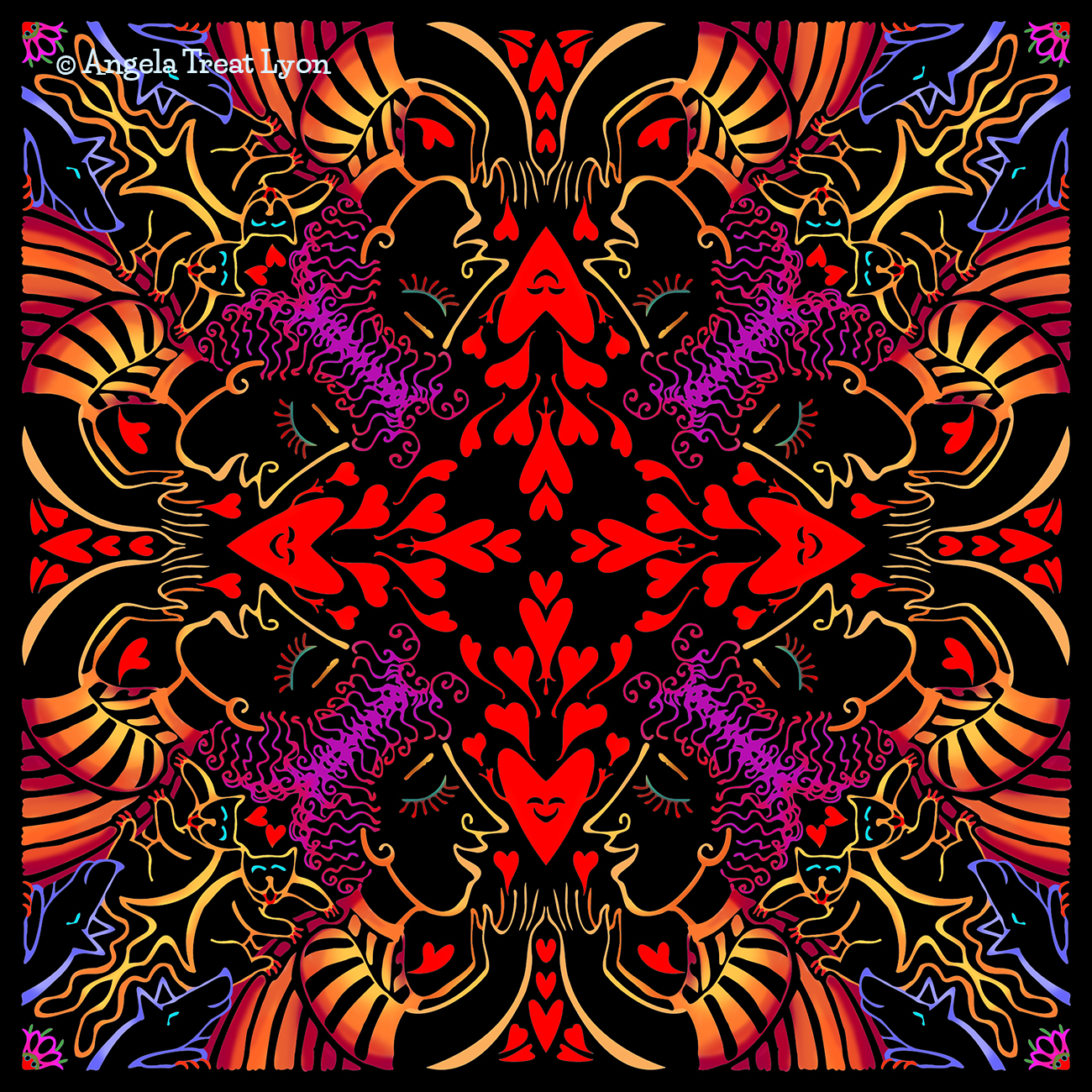 This was a hard lesson for me. I grew up in a family that loved to sit around after dinner and make fun of, criticize and totally shred politicians, celebrities and other people in the news. It became second nature to be arrogant. You can imagine how many friends I lost, one by one.

I was in my 30s by the time I really ‘got’ the harm I was doing by acting so superior. Not only was I not superior, I didn’t really feel that way, and I hated myself every time a hurtful thing slipped out of my lips.

It was at a self-improvement workshop around that time that I decided that things absolutely had to change, in a very, very big way. By that time, I had friends, but I had been holding them at arm’s length – both because I didn’t want to hurt them with my nasty tongue, and because on some level, that Arrogant Superior Bitch was still quite alive and very willing to use the blade on just about anyone. And she did NOT want to die.

So I just started sending her love. It was hard, because I was so furious at myself for having allowed her to rule my life. I just wanted her gone. And the habit of cutting people down was much stronger than blessing, praising or appreciating them. I had to consciously develop, use, hone, and refine those aspects of my inner self.

As I continued on my self-nice-ing journey, I finally saw what had been there all along: from a very young age, I had never felt worthy of anyone’s love. So I pushed people away, first – that gave me the power, and allowed me to have my own space to whine and complain that ‘nobody loves me’ – so stupid a conundrum. Of course nobody wanted to be around me! I was horrible! And when I wasn’t being cutting, I was complaining or saying how ashamed of myself I was. Who wants to be around that?

But I persevered. I built little rituals to keep my mind in love-mode. Like, before I said a word to anyone, I would imagine their beautiful highest self, or appreciate their amazing art, or admire their clothes – anything to keep from allowing the Blade of my tongue to fall back into the old habit.

I think I passed a kind of mid-point when I was in New Zealand in my 50s. Everyone there is so nice, so gracious. I felt embarrassed to open my mouth at times, so I amped up my nice-practice. I resolved my suicidal thinking using EFT. As a result, I became a coach, helping others with their pain and blocks. You can’t be a good coach and spend your mind cutting people down! Ain’t helpful at all!

The upshot of all this is that now I have sent so much love to that poor suffering un-worthy-feeling Self that she no longer wants to cut anyone down.

She is now a magnificent sweet energy who reminds me to send love – always – at any time – to anyone and everyone.

Because if it’s true that frequency is the key to this life, as Tesla and other smart people say, what can be higher than the frequency of love? What greater gift can you give anyone?

Love can go through walls! Love can speed over the phone, dart right through the internet, trip over the airwaves; it can slide through water, and dirt and clouds and mountains!

So now I have finally developed the habit of sending love. It makes my belly and my heart feel so much better. I know I am worthy of love, as is every other being on the planet and in the entire cosmos.

So I say to you – no matter what, send love.

You will not even begin to believe how good you will feel after only a week of doing it.

Before you utter a word to anyone. Before that tendency to argue pops out. Before that fist tightens and almost strikes. Before the cop comes to your window. As your kid is yelling. As your spouse complains about the horrid day they had.

ALL the time. Send love first.