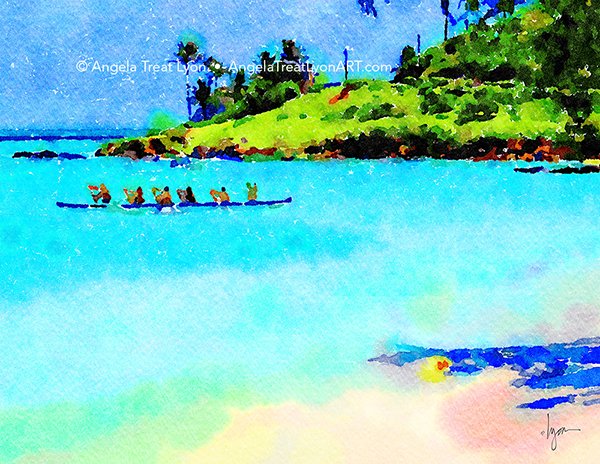 Today I wrote my postman a note on one of my art postcards that has this painting on it.

He’s been a continuing pain in the butt – leaving my mail half sticking in and out of the slot, allowing it to get rained on, not knocking on the door as I asked him to when delivering packages so I can get them before package thieves steal them, and so on.

I WAS going to bitch at him.

But then I thought, maybe he’s just in a hurry because he has to get home to pick up his kids. Maybe he’s new and feels pressured to get through fast. Maybe he’s being bullied because he speaks ‘funny’ (with a Jamaican accent) and he’s upset. Maybe…

So instead, I wrote him this: “Dear Mr. Postman, Please remember: that even when you are in a hurry, or feeling frustrated, there are people who really do deeply appreciate what you do for us. Aloha – ”

Later, I hear him knock, and there he is in his huge padded heavy raincoat, sopping wet, with his mail under it and his headlamp lit because it’s dark already at 5 pm, saying, “thank you, Ms Lyon, thank you so much!” And he leans over and gives me a big ole hug!

I told him I was concerned about him, and he laughed, and said, “You remind me of my mama!”

That felt much better than bitching and moaning about him in my head. I hope he gets home to his kids in a better mood tonight.

Prints are available upon request.